State of the London Market

State of the London Market

Over the past few years, the majority of open market underwriters have experienced a deterioration in their loss ratios after years of market growth in a declining rating environment. The management team at Lloyd’s has taken a very strong and public stance on moving quickly to seek a solution. These adjustments have created a storm of media coverage. One might argue that U.S. domestic companies who found themselves in the same position would have been able to address the issue and implement similar business model changes away from the public eye.
THB, the London operation of AmWINS Group and the eighth largest premium provider to Lloyd’s, believes the outlook is not nearly as gloomy as has been portrayed and that Lloyd’s current situation is a case of short-term pain for long-term gain. “Lloyd’s clear strategy to become a leaner and more profitable entity is essential to future sustainability,” explains Frank Murphy, President of AmWINS’ International Division. “Under the new leadership of John Neal, Lloyd’s is positioning itself to remain the pre-eminent E&S insurance market globally.”
Lloyd’s is taking varied steps to achieve their sustainability goals, including reducing expense ratios through new technology, slowing down the admission of new entrants, and reviewing the syndicates’ underwriting results and business plans across all classes.
While there will be a reduction in capacity from some syndicates in 2019, it will not be a binary situation in which Lloyd’s and the London market become, de-facto, less competitive or withdraw completely from certain lines. In fact, this situation will actively highlight the benefits of the subscription market that is unique to London. The diversity, scale and competitive dynamic of the market will mean that London-based capacity and appetite will still be available, but potentially, via a different mix of carriers and syndicates.
It is also important to highlight the capital strength of the Lloyd’s and London market. The Lloyd’s Central Fund has never been more sizeable than it currently is, with nearly $3 billion in assets. The vast majority of Lloyd’s syndicates are owned by highly capitalized global corporations, and their A.M. Best rating remains at A.
“The rating environment for Property remains unclear going into 2019 and will likely be contingent on the end-of-year treaty reinsurance renewals,” commented Toby Colls, Managing Director of THB’s Worldwide Property team. “However, we are anticipating double-digit rate increases from Lloyd’s on loss-affected attritional classes and flat-to-low digit single rate increases on all other occupancies. This will be mitigated by London company and European markets, who have taken a more moderate stance.”
The most effective brokers in this ever-evolving landscape will be those who have built deep trading relationships with a broad spectrum of the market, but also remain agile and connected enough to take advantage of new opportunities
. Michael Fillers, CPIA, NFIP
Morris Insurance Agency, LLC
3032 Dauphin Square Connector
Mobile, AL 36607
D.251-473-5119/F.251-473-6301/C.251-753-8011
Email: mjfillers@morrisinsmobile.com
Web: www.MichaelFillers.com

Matt 24:46-47-"Blessed is he whom his master will find at work when he arrives. Truly I tell you, he will put that one in charge of all his possessions."
This message contains confidential information and is intended only for the individual named. If you are not the named addressee you should not disseminate, distribute or copy this e-mail. Please notify the sender immediately by e-mail if you have received this e-mail by mistake and delete this e-mail from your system.”
Source:
http://www.amwins.com/insights/article/state-of-the-london-market_12-18?spMailingID=20707309&spUserID=MTQ0MjQyMzQ2ODcyS0&spJobID=1400744245&spReportId=MTQwMDc0NDI0NQS2
Posted by MICHAEL FILLERS at 11:09 AM No comments: 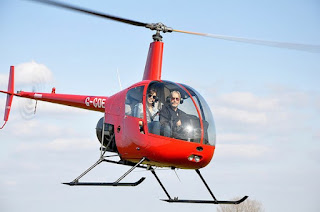 Carrio Aviation Insurance can competitively insure almost any aircraft / pilot combination through one of our many "A" rated insurance companies. We have represented only "A" rated insurance companies since 1981. We are able to offer huge savings over many other aircraft insurance carriers because of our broad aviation insurance experience and large volume of business. Over the past 26 years we have developed relationships with all of the major insurance carriers in the industry and are therefore able to obtain the very best aviation insurance rates for you, our customer.
We also specialize in finding the best Life Insurance rates for Pilots. If you are a pilot struggling with the high cost of life insurance, Carrio Aviation Insurance may be able to help. We have a great deal of leverage to negotiate the best pilot life insurance rates possible.


From individual owner operators to large commercial fleets, we address the highly specialized insurance needs of:

Posted by MICHAEL FILLERS at 11:34 AM No comments:

Here is a little Q and A.

https://agencychecklists.com/2017/08/29/new-insurtech-homeowner-carrier-swyfft-quotes-in-seconds-for-independent-agents-and-writes-coastal-and-urban-risks-19742/
Posted by MICHAEL FILLERS at 12:26 PM No comments:

Matt 24:46-47-"Blessed is he whom his master will find at work when he arrives. Truly I tell you, he will put that one in charge of all his possessions."

Posted by MICHAEL FILLERS at 7:40 AM No comments:

The difference between admitted and non-admitted insurance companies lies primarily in the regulations they must follow. These varying regulations result in business models that typically focus on different areas of the market. As a result, you may not be able to get a particular type of insurance from an admitted company that a non-admitted company offers, and vice versa. The status of a company as an admitted carrier isn't based on the financial solvency of the company, which is independently assessed by an outside source.

A non-admitted insurance company is one that doesn't operate under an individual state's insurance laws. As a result, a non-admitted insurance company doesn't enjoy the benefit of having its claims resolved in the event of a bankruptcy. However, non-admitted companies also have much more pricing flexibility, as they don't have to submit their rates to the individual states for review. Consequently, non-admitted carriers can insure higher-risk events, such as earthquakes, or specialty risks, such as professional liability insurance, that admitted carriers often can't afford to cover.

While it can be a natural assumption that non-admitted carriers are riskier than admitted companies, that isn't always the case. Since non-admitted carriers have greater flexibility in pricing their premiums, they can set rates high enough to fund the additional risks they may take. The financial risk a company takes is reflected not by its status as admitted or non-admitted, but by its financial rating. The AM Best Company ratings agency assesses the risk of insurers and assigns letter grades for easy comparison, with the most solvent insurers garnering a grade of A++ or A+.

In certain cases non-admitted carriers may take longer to handle claims since they may not have an in house department to do so. When dealing with Lloyds of London for instance you not only have a time zone barrier but also a communication barrier possibly due to your property insurance may be made up of a few different slips. Slips are the different investors that actually own the policy. Admitted Insurance Carriers usually have local claim handlers or at least all deal with the claim handlers in the  USA to handle your claim in a quicker manner. Most cases they are local people in the same city or within the same state.
For questions please give me a call.
Michael Fillers, CPIA, NFIP
Morris Insurance Agency, LLC
3032 Dauphin Square Connector
Mobile, AL 36607
D.251-473-5119/F.251-473-6301/C.251-753-8011
Email: mjfillers@morrisinsmobile.com
Web: www.MichaelFillers.com

Matt 24:46-47-"Blessed is he whom his master will find at work when he arrives. Truly I tell you, he will put that one in charge of all his possessions."

Posted by MICHAEL FILLERS at 7:36 AM No comments: